Adhesives are used in most industries, including the medical industry, to assemble components of finished devices.  Adhesives can provide value over traditional joining methods such as mechanical fasteners, ultrasonic welding and solvent welding by reducing hazardous solvent usage, distributing stresses more evenly or even increasing production throughput.  In the medical device industry, particular care is taken to formulate adhesives for biocompatibility – to make them safe for use on or in the human body.

As defined by the FDA, a medical device is an instrument, machine, device, implant, or contrivance that is used to diagnose or treat a disease. Given the critical nature of medical devices, the FDA requires these devices to meet strict biocompatibility standards. Generally speaking, the FDA and other regulatory bodies do not require individual components of the finished device to carry any specific approvals. However, medical device manufacturers choose to use various biocompatible components including adhesives during the assembly for increased confidence that their products are reliable and safe. What are biocompatible adhesives and how do they differ from regular industrial adhesives? Read this post to find the answers.

A Brief Introduction to Biocompatibility

Biocompatibility refers to the compatibility of a material with a living system or living tissue, as many medical devices are used for internal and external examination and treatment. Biocompatible materials produce no toxic response when in contact with any body part or tissue. These materials are subjected to a variety of rigorous tests to confirm their compatibility towards bodily fluids or body parts.

A Discussion on Various Types of Biocompatibility Tests Performed on Adhesives

The material extracts under evaluation for Toxicity and Intracutaneous testing are fixed at several time and temperature conditions.  The tests are administered and measured at 122°F for 72 hours, 158°F for 24 hours and finally at 250°F for one hour.

Generally, the minimum test method used in determining biocompatibility of an adhesive is ISO 10993-5 Cytotoxicity test. This test helps confirm if the adhesive has any negative impact on cells of mammals. It is important to note that the ISO 10993 standard is similar in many aspects to the methods described in the USP standard. However, the main difference is these methods from the USP methodology is the rigorous testing strategy. Medical adhesives testing to and found to pass ISO 10993 methodology are used in a wide range of medical devices including catheters, needles and syringes, connectors and tubes, imaging equipment, blood filtration equipment, smart health devices and wearable technologies.

If you are a medical device manufacturer, it is important that you source biocompatible adhesives that are USP VI or ISO 10993 certified from a trusted supplier or manufacturer. The KRYLEX® range of medical adhesives have been developed specifically with biocompatibility in mind while maintaining the robust performance and quality associated with traditional industrial adhesives. Owing to their strong and reliable bonding characteristics, speed of cure, exceptional tensile properties and strict quality standards, these adhesives have emerged as an efficient, user-friendly, and easier alternative to traditional fasteners and welding. 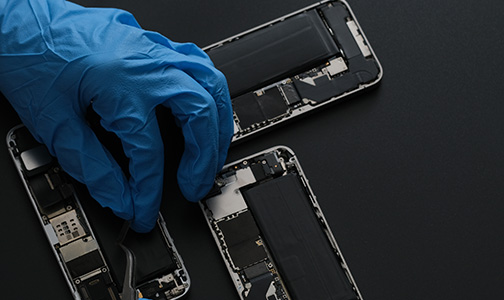 How to Choose the Right Polyurethane Hot Melts for Electronics Assemblies